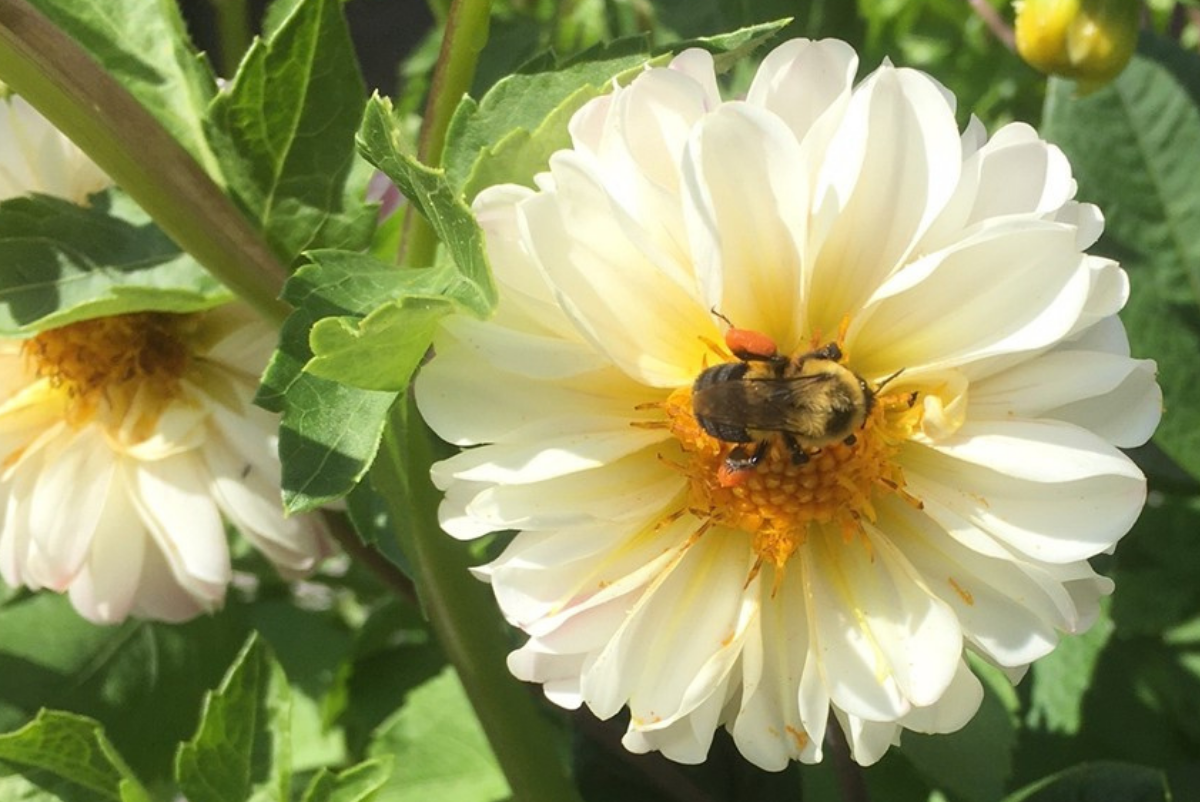 When the snapdragons were in full bloom early in the summer, I wasn’t expecting to have dahlias in my garden. I had expected to grow a few tubers in pots but ended up buying dahlia seeds by mistake. Skeptical, I planted a few of the seeds in containers. When the snapdragons developed rust and were hastily removed, dahlias were planted in the empty space left behind.

I was expecting dainty 12” dahlias, but the ones growing outside are 24”+. Waiting for them to bloom has felt a bit like anticipating a Christmas gift. Until one has unfolded, I am ever sure of what form or colour it might take. So far, mine include one “ball” and the rest are “simple”. Colours range from pink-tinged white to salmon with good splashes of orange and pink. The latest to bloom is a soft yellow and reminds me of a sunflower.

Many blogs have been written regarding the history and symbolism of dahlias. Interestingly, dahlia symbolism varies according to colour.  According to Petal Republic positive hues symbolize strength despite diversity, honesty, commitment, creativity, love for others and grace.  Black (dark burgundy) dahlias can point to betrayal and sadness.

All but one of my dahlias has unfolded. I am hoping for a positive hue in the final one which will bloom soon. The dahlias stand sentinel as fear and uncertainty continue. Pollinators visit them constantly, hopefully collecting the pollen needed for the future. Dahlias are the perfect flower for my garden this year. What was needed is in bloom.

Had read that bees sometimes sleep in flowers. Decided to check my own garden last night and found this guy tucked in for the night. Neighbour had been watering but they had a canopy. 🌸 🐝 😴
A satisfied bee 🐝 flies on.
Garden 🪴 helper 🐝.
Follow The Trials and Tribulations of an Urban Farmer on WordPress.com